I was running an errand the other day in Downtown Los Angeles. As a big fan of classic Hollywood and detective fiction, I relish in the landmarks and mainstays, from the outdoor urban paradise of MacArthur Park to the crowds of bustling travelers at Union Station; from the authentic Hispanic heritage so beautifully displayed on Olvera Street to the architectural marvel of the Bradbury building (where, by the way, the most cinematic scene from “Blade Runner” was shot). But none of them tickle me as much as the iconic Felix the Cat sign atop the almost century-old Felix Chevrolet. END_OF_DOCUMENT_TOKEN_TO_BE_REPLACED

All Hackers Are Phonies (Sort of)

Posted: October 29, 2019 | Author: Rob Holmes | Filed under: Investigations | Tags: Hacking | Comments Off on All Hackers Are Phonies (Sort of)

Fixed fortifications are monuments to the stupidity of man. If mountain ranges and oceans can be overcome, then anything built by man can be overcome. ~ George S. Patton

Let’s face it. Unless you are trying to fix a busted drainpipe or something similar, your adversary is a living, breathing being. You can hunt deer, fish, a wolf, a serial killer, or even a hacker. And conflict can be easily boiled down to living beings and their tools versus other humans and their tools. END_OF_DOCUMENT_TOKEN_TO_BE_REPLACED 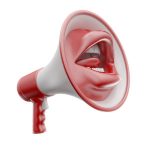 There are very few things more important to a company than reputation management and Roseanne Barr has inadvertently helped rewrite the handbook. I was in my early adulthood when Roseanne’s ground-breaking television show was in its prime. In its original nine year run, “Roseanne” led the charge in advocating homosexuality. Not only was “Roseanne” the first show to feature prominent homosexual characters, but she backed it up by stating that her two real-life siblings are gay. As ground-breaking and inclusive as the show was, I never cared for it. END_OF_DOCUMENT_TOKEN_TO_BE_REPLACED 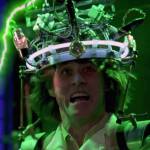 With all of the news stories being published in recent days about social media data and privacy, I cannot help but be reminded of a not-so-great, yet brilliantly prophetic, film of the 1990’s. Let me first set the table. I was twenty-four years old and had just moved to Los Angeles to become a stand-up comedian. Months earlier, when I was a busboy at a Jersey Shore bar, I was constantly barraged by drunks shouting “Fire Marshall Bill!” This was due to my uncanny resemblance to Jim Carrey, referencing his recurring character in the critically-acclaimed sketch comedy show of the time “In Living Color“. My resemblance to him was not the only connection. Ever since I saw Carrey impersonate the entire cast of “My Three Sons” on Johnny Carson in 1983, I was hooked. I wanted to be him. END_OF_DOCUMENT_TOKEN_TO_BE_REPLACED

I saw the classic Hollywood disaster film The Towering Inferno in my twenties, two decades after it was released.  I watched it after I read Steve McQueen: Portrait of an American Rebel

by author Marshall Terrill.  In fact, after reading TerriIl’s book, I watched just about every Steve McQueen film that I had not yet seen.  One tidbit from the book that I found interesting was that McQueen and Paul Newman were such fierce competitors that it led to McQueen counting the lines in the script and demanding to one-up his rival in order to flex his new-found star power by having one more line than Newman.  END_OF_DOCUMENT_TOKEN_TO_BE_REPLACED

It should go without saying that, in every situation where a crime is taking place, it is most desirable to catch the perpetrator. Doing anything else, including merely disrupting their operation, is simply a consolation. With this in mind, I find that best practices are not always laid out properly so that professionals going into this situation know how to meet the desired end. Even though I specialize in online investigations, I come from the old school and believe that those skills are sometimes a lost art in the new world of online investigations. We will always be investigating people, not their tools. If I hear another firm tell me they are “investigating a website” I’ll pull my hair out. END_OF_DOCUMENT_TOKEN_TO_BE_REPLACED

Background Checks – Who are the Slytherin anyway?  And why is Hogwarts teaching them the ancient and forbidden magic arts?  My wife is going through the process of re-watching all of the Harry Potter films.  She’s read all of the books ahead of the films, watched the films in the theater and now she has decided to see them all again.  Perhaps this is in preparation of the grand opening of The Wizarding World of Harry Potter next year at Universal Studios Hollywood.  Besides the first one that had Gary Oldman in it, I always encouraged Wifey to take a niece or nephew to see these movies.  Mission accomplished.  Somehow, though, I have a feeling I’m not going to be able to weasel out of attending the theme park.  To quote a great song of the 1970s “The Things We Do for Love”.  10cc had it right.   END_OF_DOCUMENT_TOKEN_TO_BE_REPLACED

The Haystack Principle of Counterintelligence

Posted: May 15, 2015 | Author: Rob Holmes | Filed under: Investigations | Tags: Security | Comments Off on The Haystack Principle of Counterintelligence

The Haystack Principle of Counterintelligence – Anyone who knows me or follows me online knows that I’m a pretty open person. I share almost everything I’m up to.  Anyone I know (or any stranger for that matter) can experience with me my lunch, thoughts on a number of odd topics, and even what I’m doing with my dog, Chauncey. In fact, right now you can click any link on the right of this page and learn a plethora of details about my exploits, both past and present.  You may say that this is bad for someone in the investigative profession. You are not alone. Overwhelmingly, security professionals of a certain level preach this concept as gospel. I’m here to tell you that, in the 21st century, “security by obscurity” is the most ludicrous method of keeping secrets. END_OF_DOCUMENT_TOKEN_TO_BE_REPLACED

The Dark Web Ain’t As Dark As You Think

Posted: April 21, 2015 | Author: Rob Holmes | Filed under: Investigations | Comments Off on The Dark Web Ain’t As Dark As You Think

I have recently been asked several times by clients and colleagues about the dark web.  When I began writing this article I was still debating whether I should use capitals when addressing the dark web.  After a few thoughts, I decided that it does not warrant its own title.  The dark web is as much a proper place as a dark alley.  Before I discuss my reasoning here, I should give you all a quick synopsis of what the dark web actually is, and it isn’t what you may think.  The Internet, as we know it, is a network of millions of servers that connect to one another and, as a result, catalog one anothers’ contents.  This enables search engines like Google and Bing to index the information for free and resell it to their consumers for a profit, financed by advertisers. END_OF_DOCUMENT_TOKEN_TO_BE_REPLACED

As I do in a normal day, I was patrolling the mean streets of the web looking for websites selling fakes.  On this particular day, one site came to my attention.  How does a church website with no e-commerce component show up as a top search engine result for replica handbags?  When I examined the website’s source code, I observed that there was a javascript injection placing links into their website unbeknownst to them.

Below is an example of what I observed:

Search engines rank websites based on inbound links from legitimate websites.  A javascript injection like this created invisible links to the bad guys’ website the search engines can see but the viewer cannot.  The way this is done is by finding an open doorway into a legitimate website that does not have the latest security updates.  This is an example of a black hat technique that helps increase search engine results for their illegal site.  The lesson to be learned (besides keeping your software updated) is that there are many hidden efforts behind marketing contraband products and, in turn, many clues left behind if you know where to find them.