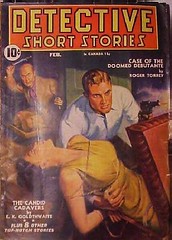 I was twelve years old when my father, Robert L. Holmes Sr., asked me to go along with him to purchase an MTV t-shirt at the Columbus Farmers Market in Columbus, NJ.  That day I learned what a chain of custody was.  The second an investigator touches an item (as fledgling as I was) the item was in custody.  Once that second begins so does the chain, sayeth the Old Man.  Once I first touched it I then must pass on, and communicate, that responsibility to the next individual who may touch the item.  Ever since that day in 1982 I realized that, once I touch something that was a part of a case, it was my responsibility until someone I deemed  responsible took possession and released me of Custody.
I was no Bobby Fisher but my Dad taught me, and I understood, chess at the age of four.  I played with him regularly and got the game.  He even let me win once.  One of the things I most remember from playing with the Old Man was that, after making a move,  I could take all the time I wanted.  I could even change my mind and move back.  But once I removed my finger from the game piece, my move was over and my decision forever made.
I have many philosophies; political, spiritual, professional and others.  Some of those ideals have been modified and influenced throughout the years.  Little did Bob know his philosophies would cross game play and flea markets and be the basis for my every move in business.  The one thing that will never change in my world is the fact that evidence must be preserved at all cost.
I recently found myself in extraordinary circumstances where I was forced to make some very quick decisions in a short period of time.  I was in the American Mid-west conducting a seizure out of town when opposing counsel made numerous threats that led my client and myself to believe we may be in danger.  At bare minimum, our evidence was for sure.  The decisions I made that night could possibly have impacted my Client's life's work.  Forget me and my safety.  Evidence is everything.  I know many of you would say that I am crazy to put a client, or their evidence, before myself.  That's because you don't get it.
One of the staples of modern American culture is the private eye.  Whether you reflect upon your real-life heroes like Rob Holmes or the fictional writings of greats like Raymond Chandler, Mickey Spillane, Robert B. Parker or Robert Crais, one thing is consistent: the case comes first.  This is not just television and movies.  Real private eyes are a unique breed just like our fictional counterparts.  Sometimes art imitates life and sometimes life imitates art.  But, once retained by a client, a private eye puts the case before himself.  We don't have certifications and diplomas that doctors and lawyers have to influence the public's perception of our image.  We have but one thing: our integrity.  That, sir, is everything.