Look! On the Netbook! Is it a Plumber? Is it a Dutch Boy? No! It's a Private Eye! 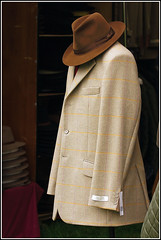 A story out of folklore of the lower countries, attributed in modern fiction to Hans Brinker, depicts a little boy who walks by a dyke and observes a leak.  Anticipating disaster, he pokes his finger in the hole to plug the leak.  Eventually, he is assisted by others who keep the entire dyke from collapsing, ultimately averting a terrible outcome.  This story is often told to illustrate the effect of foresight and teamwork.
In modern times, the plumber is normally called for a job like this.  A leaky homeowner with foresight may call the local rooter-man when he first sees a drip.  I agree this event is both anticlimactic and costs a few bucks.  Steve could be accused of being a boring Monday evening date and missing the night's episode of How I Met Your Mother.  But he likely avoided a costly disaster which could have resulted in damaged furniture, carpet and, even worse, utter obliteration of his classic 1970s LP collection.
Both of the above tales can easily be used to describe the relationship between the caretaker of a valuable public brand and their private eye.  In most entertainment the public's excitement is equally as important as the content itself.  Humans like to be teased, surprised and entertained.  In that order.  The numerous folks involved in any given entertainment project work hard to keep these surprises under wraps so that the reveal is as dramatic and effective as it can be.  Not only is this a service to the fan, this also best insures a good financial turnout for those whose dinner table contents and mortgage payment rely on the gross receipts of the aforementioned project.
Given the above, it is no surprise that the smart folks whose job it is to insure these projects' success have their Private Eye on speed dial.  The days of Sam Spade and Philip Marlowe are not behind us.  Next time you observe a publicity leak, call your trusty P.I.  Most of the time, the leak is the result of a misguided ne'er-do-well in search of peer recognition.  Once the veil of anonymity is removed, and the subject is addressed properly, you can often retain value for the brand and look like a superhero.
Now I'm going to finish my coffee.