In anticipation of the Beijing games, I figured it was as good a time as any to address China in regard to the counterfeiting problem. I had recently read Matt Mason’s debut book “The Pirate’s Dilemma” to find my interest in anti-counterfeiting matters stronger and enlightened. I’m not reviewing the book here, but I do recommend all of you read it (see link beside the article).
What I wanted to discuss was his likening of China to the good ol’ United States. I was recently quoted in a newspaper saying that the problem may subside “…once China is advanced enough to understand that intellectual property is the currency of the future.” I may be correct and possibly deemed a prophet.
Mason, hand over fist, makes fair comparisons between the 19th Century US and Modern China in regard to their disregard for others’ intellectual property. Though product counterfeiting was not as prevalent as it is now, our Founding Fathers did ignore many dozens of global patents and counterfeited countless European inventions. Our history of counterfeiting and piracy did not curtail until we ourselves had a financial interest in protecting our own intellectual property. Interestingly, Mason points out that our Euro-nominated nickname Janke (pronounced “Yankee”), was Dutch slang for ‘pirate’.
Maybe I was correct. Maybe China is where the United States was at one time. Maybe they are not. A crime is a crime and proper punishment, discipline, diplomacy are answers. But it dawned on me that understanding our neighbors may be one of the great secrets o’ life.
I’m going to finish my coffee. Thank you.
Rob 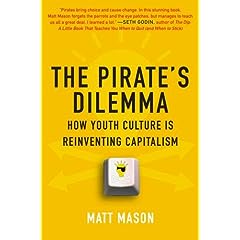