I was running an errand the other day in Downtown Los Angeles. As a big fan of classic Hollywood and detective fiction, I relish in the landmarks and mainstays, from the outdoor urban paradise of MacArthur Park to the crowds of bustling travelers at Union Station; from the authentic Hispanic heritage so beautifully displayed on Olvera Street to the architectural marvel of the Bradbury building (where, by the way, the most cinematic scene from “Blade Runner” was shot). But none of them tickle me as much as the iconic Felix the Cat sign atop the almost century-old Felix Chevrolet. END_OF_DOCUMENT_TOKEN_TO_BE_REPLACED

Tenth Anniversary of the Jackpot

Ten years ago on this date you may have seen a goofball driving down Washington Boulevard in Culver City blasting the Tom Petty song ‘Free Falling’ while joyfully singing out the car window as if he were Tom Cruise in ‘Jerry Maguire‘.  That was me.  The reason for this occasion was that, just like the title character of the aforementioned film, I quit my job with no safety net or certain future in order to start my own business.

Six years prior to that, I married the love of my life.  Believe it or not, the anniversary of our marriage doesn’t equate to me as much as the day I told my wife that we were never going to have to have jobs again.  I stopped off at the grocery store on the corner of Doheny and Beverly and came home with that chilled  ten-dollar bottle of California sparkling wine. 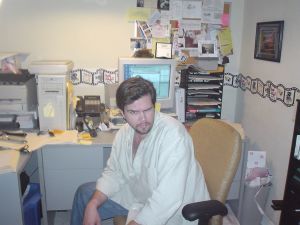 I began my company in the kitchen of my one-bedroom apartment on Oakhurst Drive in Beverly Hills.  All I had was a desk, a fax machine, and a computer that I assembled myself from scraps.  I spent the next week or two learning Quickbooks.  During this time I attended the International AntiCounterfeiting Coalition’s Fall Meeting in Las Vegas.  This was the first time I showed up in public as Rob Holmes, proprietor.  Just as for my father before me, this organization and its members are my family and home.  I look forward to spending my tenth IACC Fall Meeting in Orlando with these fine people.

Since 2001 I have carved a niche for myself in the areas of Intellectual Property and the Internet.  I catch bad guys and get paid for it.  Half of the time I’m sitting on my ass at Starbucks.  Life is good.  Thanks to all of you who have made this a possibility for me.  I love you all.  Let’s have another great decade.

Lost or Stolen? Who Cares?!

On Friday I had a brunch meeting with my wife, who is also my business partner of ten years, and had a nice time.  We both had a Sante Fe scramble and went on our way after the business discussion convened.  My next stop was Starbuck’s (the branch office), then the office.  After work, I headed down to the local tavern for a bit until I made my way home for Date Nite.  We ate kung pao chicken from our favorite Chinese joint down the road.  We watched the latest episode of our current favorite show ‘Justified‘.  Shortly thereafter I began snoozing and continued sawing wood until the next morning.  Sometime Saturday I show up at the office and I realize that my company credit card is missing.  Should I worry?  Should I not? 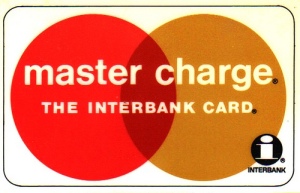 I decided not to worry.  I rarely lose things.  Misplace them?  Yes.  Lose forever?  Not so much.  Besides, if I called the credit card company and reported it lost/stolen I would be stuck having to change a heck of a lot of recurring charges on Monday.  Whether you deem my actions wise or lazy is up to you.  Read on.

Living by Accident principle #1 is: “Ask yourself, ‘What’s the worst that can happen?’  If it is not as bad as having your fingernails pulled out with pliers like George Clooney in Syriana, then there is nothing to worry about.”

I took myself a deep breath and decided to live my next few days keeping my eyes peeled for the card expecting it to turn up.  Days go by and I begin to doubt my wise half.  Wise half wins and I continue to keep the faith.  Finally, on Monday, I end up at Starbucks.  I asked the manager if my credit card had turned up and she stated it had not.  Time to panic, right?  No.

I hop into my Prius and hover through the parking lot and make my way past Bread Winners Cafe.  Wait.  That’s where Wifey and I had brunch the other day.  I parked my vehicle, walked inside and asked for the manager.  Turns out, I left the card on the table with the check unsigned.  It seems my return worked out for me and the waiter.  No worries, no harm, pure goodness.

What is the lesson I learned?  Don’t worry.